The two types of lights in today’s arena are LED and HID. LEDs have gotten a great deal of attention lately, but do they really have what it takes to outperform the tried-and-true favorites in the HID category? Let’s find out…

In the past, HID lights were often the go-to choice in applications where a large amount of visible light was needed in a sizeable area. For instance, they’re often found in streetlights, gymnasiums, stadiums, warehouses, and in high-ceilinged buildings. HID lights, however, are not a perfect solution as the light they produce isn’t always pleasing to the eye and many require an extended warm up time. Thanks to technological advancements, LEDs are now a viable alternative in many HID applications – although, they also come with their own set of pros and cons.

Before we get into the advantages and disadvantages of HIDs and LEDs, let’s first get a better idea of what we’re dealing with by reviewing how each light operates.

Unlike incandescent bulbs, which use a filament, or CFLs, which rely on gas, LEDs create light by exciting electrons. Inside each LED bulb is a semiconductor material consisting of positively and negatively charged parts. When the light is turned on and an electricity strikes the semiconductor, electrons become charged and begin to flow from a negative to a positive layer within the semiconductor. As the excited electrons pass through “holes” in the material, they emit photons of light and cause the LED to illuminate.

HIDs are a class of gas-discharge arc lamps that form light by transmitting an electrical current between two electrodes and an ionized gas. The light radiates from the arc when charged electrons change orbit as they interact with the gas. All is hermetically sealed inside a quartz glass capsule. Generally, an extra gas is also used, which helps to distinguish the main types of HIDs: sodium, mercury, and metal halide. Every HID requires a ballast to regulate its power and to create the initial surge of electricity that allows the light to start. These lamps are known for producing greater illumination than halogen bulbs while consuming less power. 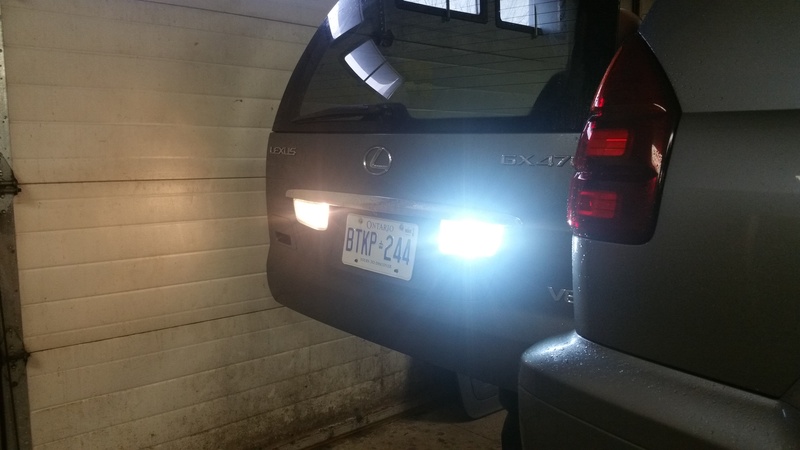 Now for the pros and cons…HIDs & LEDs Compared

HID - Energy Efficiency 100+ Lumens/Watt (note: This is advertised lumens per watt, which isn’t always what it seems. Explanation below).

LED - Heavy-duty – has no electrode or filament, shock & vibration resistant

As noted in the energy efficiency section of the chart, you can’t always take a lamp’s advertised lumens per watt (Lm/W) at face value. This is because there is no standardization in the labeling process, so some manufacturers may print the mean Lm/W while others list the initial Lm/W. The problem with making a purchasing decision based on the initial rating is that number can diminish over time, and other factors can also reduce a lamp’s efficiency.

For instance, while most HIDs appear extremely efficient, not all their lumens actually make it outside the lamp, as some of the light is trapped inside or reflected back from the protective covers. Efficiency also decreases in cold weather or when using ineffective ballasts. Furthermore, after 8,000 hours of use, most HID lamps will lose about 20% of their lumens per watt while LEDs will still be operating at nearly 100%.

In this matchup, LEDs come out the winner in four major areas: efficiency, lifespan, durability, and low maintenance. However, there are still some instances where an HID is still a smart choice. For example, HIDs make sense for temporary low cost lighting, if you want to match existing ballasts and fixtures that are still in good shape, or if strong multidirectional light is your primary goal.

On the other hand, LEDs can save you money over the long-term, require no warm-up (can be turned on and off regularly), have no toxic chemicals, and don’t emit UV radiation (like some HIDs). Although, LEDs don’t have quite the multidirectional illumination as HIDs, their technology is advancing all the time and their many other benefits often make them worth the compromise.

Reply Enewlynxlr
8:54 AM on January 18, 2022
tadalafil cost in canada tadalafil side effects